What a Way to End the Year! 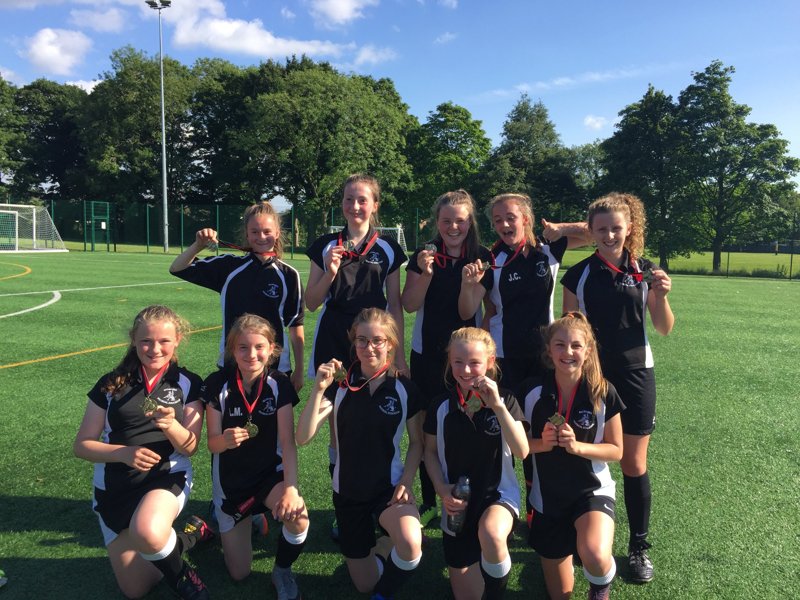 A big congratulation to each any every one of the U13 girls' football team who, on Tuesday the 11th of July, beat Lostock Hall in the final of the South Ribble Knockout Cup! It was a fantastic match to watch!

The girls went 1-0 down before half term but Jasmine Cadwallader scored very soon on in the second half. Lostock scored off the kick off which left the girls chasing another goal. Jasmine scored again in the last few minutes of the game. Due to the heat and the fact that the girls had already played 50 minutes, we decided to go straight to penalties! Maddison Schofield was excellent in goal, saving a penalty before Leah Monk stepped up to score the winner!

As you can see from the photo - they were very proud of themselves!